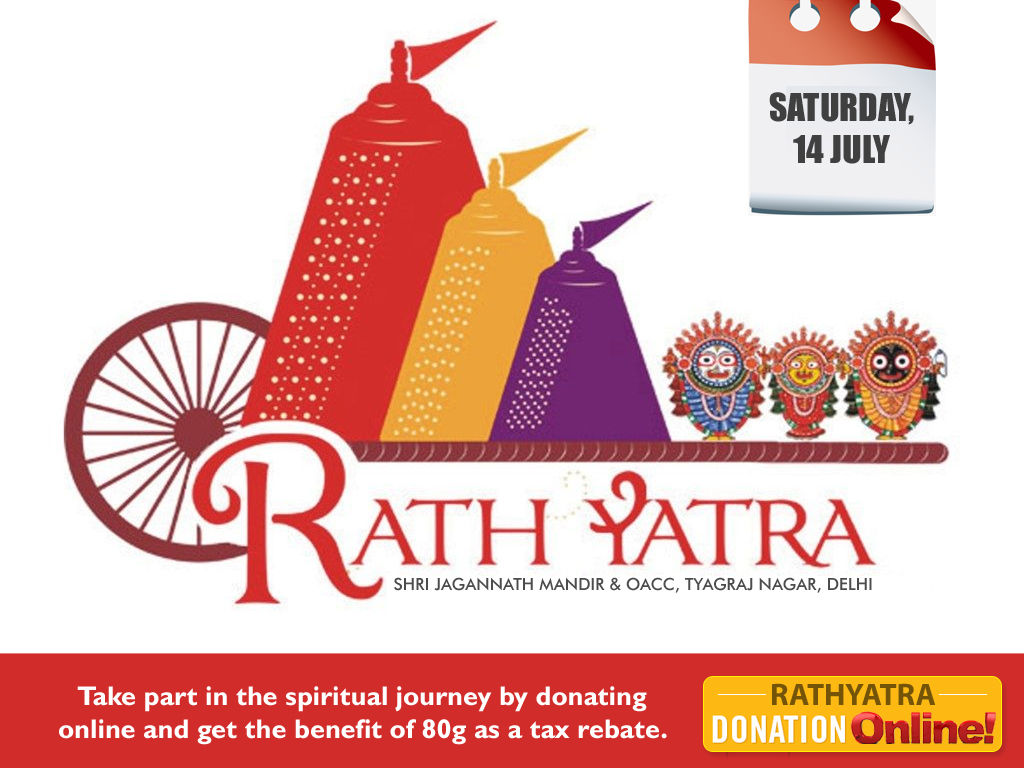 Rath Yatra is the biggest event in the entire system of Shri Jagannath Culture. On the day of Rath Yatra Mahotsav 2018, the Lord of Universe along with His Brother and Sister comes out of Shri Mandir to give Darshan to all His devotees. This is the phenomenon in so far as Shri Jagannath Culture is concerned. After undertaking the Rath Yatra, as tradition goes, the Lord stays in His Aunt’s house, i.e. Shri Gundicha Mandir for nine days. Each of these nine days is eventful as the Lord is served a variety of food/sweets and also cultural programme daily for entertainment. On the tenth day, the Lord returns to His abode (Shree Mandir), Called Bahuda Yatra. The whole activities including rituals and cultural activities during these nine days at Shree Gundicha Mandir, Puri have special significance for Shri Jagannath Mandir at Thyagraj Nagar, Delhi, because the entire period of nine days is celebrated as ‘Rath Yatra Mahostav 2018’ promote Gurus and dancers of various classical dances. Present their artistic skills of Choreography of various aspects of each classical form of dance on each of the colorful evening of Mahotsav. The attraction during the Mahostav is serving of various Odia dishes and sweets ( only vegetarians) since this is the 51st year of Rath Yatra, The Mahotsav is planned to be celebrated in our Mandir Premises. Take part in the spiritual journey by donating online and get the benefit of 80G as a tax rebate. You can donation different Sewas for rituals and for the Festival. Be a part of this program and bless yourself and family. 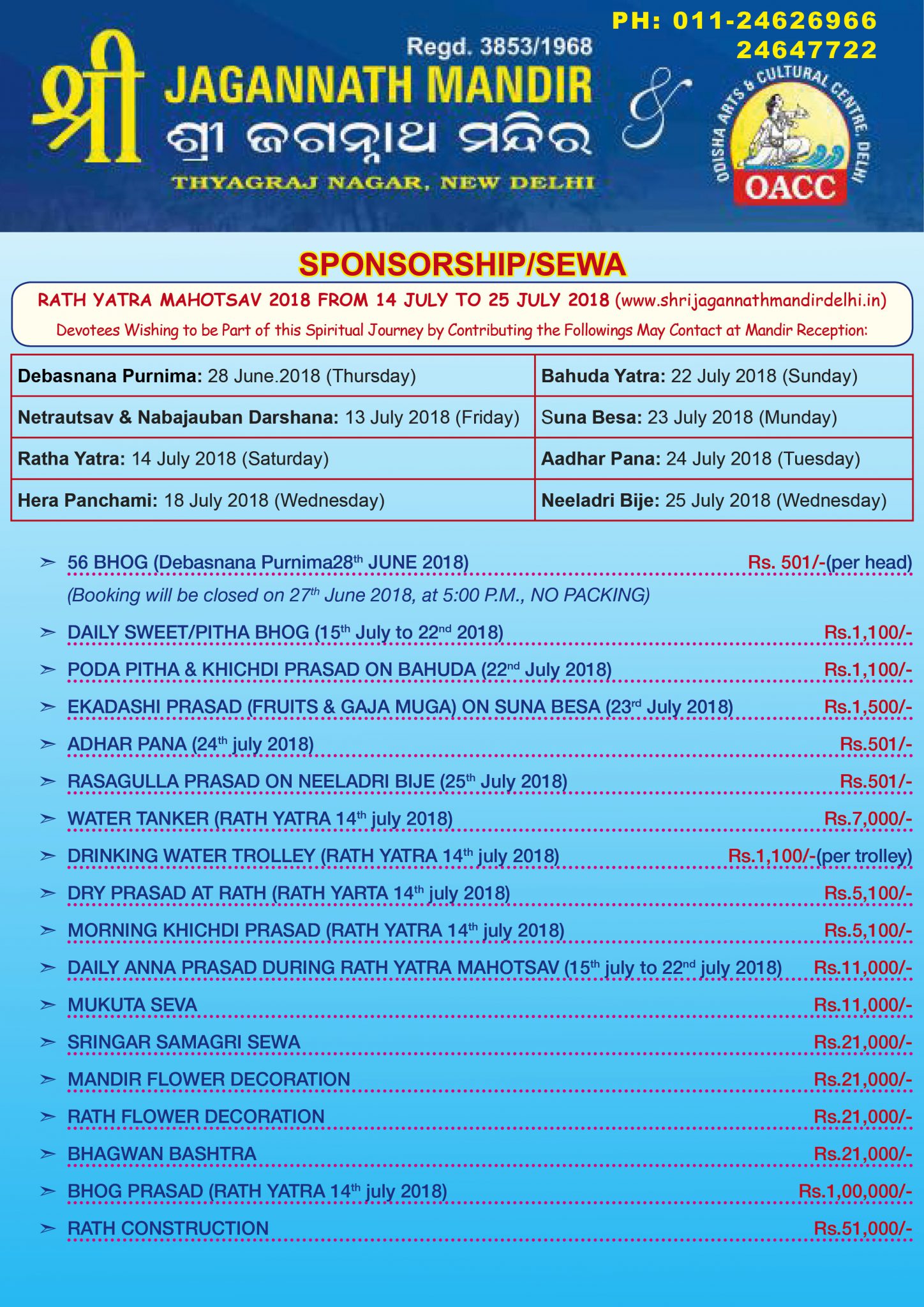